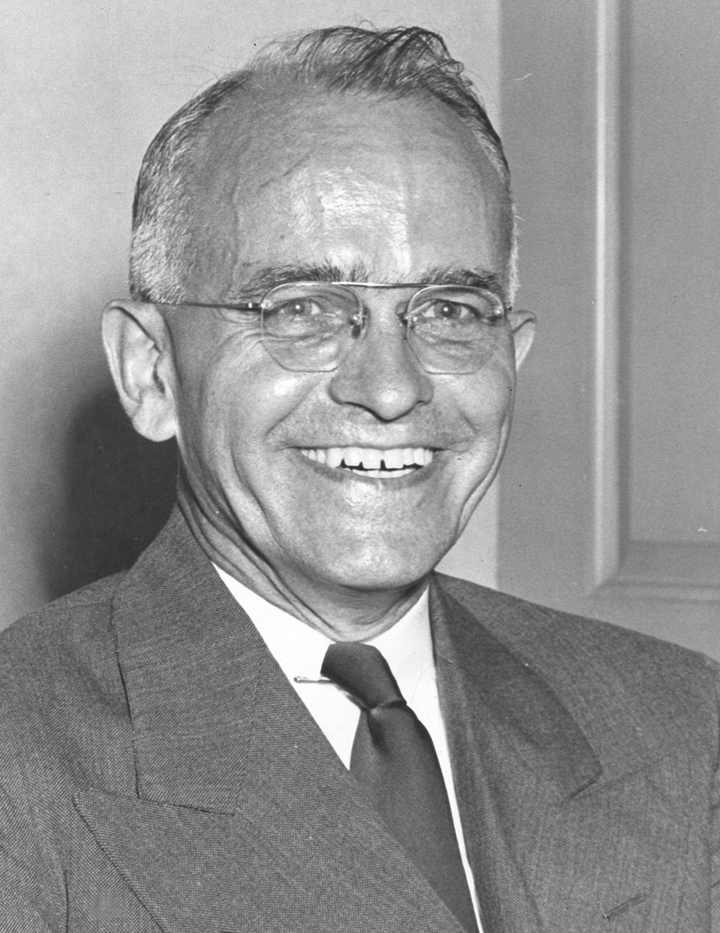 Why is this named The G. Atwood Manley Society? A brief look at the man behind the name explains a great deal.

Gilbert Atwood Manley was a Laurentian long before he enrolled at St. Lawrence. As a child living in Canton, he played on the campus, rode his bike around the quad, and sledded on the Beta Hill in winter. As a young man, he enrolled at St. Lawrence under somewhat dubious circumstances, joined Beta Theta Pi fraternity and launched his personal impact on the University.

In 1920, Atwood was named St. Lawrence’s first director of Alumni Relations. It was a near perfect job for him and a wise choice for the school. He loved meeting new people, re-meeting old friends, and sharing his fascination with the University and its founders. He was a bridge to all aspects of the community, strengthening town-gown relations. He maintained an active, usually leadership role, with the church, the Red Cross, the village library, the Historical Association, the Adirondack Museum, the Stillwater Club, the local savings and loan, Masons, Rotary, and the American Legion.

The local newspaper, The Plaindealer, had been purchased by his grandfather in 1873 from Seth Remington, father of the western artist, Frederic Remington. Atwood was the editor for many years, and it remained a Manley family business until he retired and sold it in 1949.

He was a prolific writer. The Atwood Manley papers, covering the years 1856-1989, were donated to the University by the Manley family at the time of his death. The papers consisted of over 5 linear feet of correspondence, manuscripts, photographs, notes, and tapes relating to his interests—St. Lawrence significantly among them.

I was fortunate to know Gilbert Atwood Manley, but I must admit my husband, Bernie, knew him better and visited him often, reveling in the personal history of a great man, listening to his recollections of St. Lawrence University and Canton, and some of its famous sons, including Frederick Remington, Owen D. Young, Irving Bacheller, A. Barton Hepburn, and canoe-builder J. Henry Rushton. More importantly, Bernie enjoyed sharing a laugh with a man who had put his romance with the North Country, and specifically St. Lawrence, into action through thought, word, and deed.

In reading about G. Atwood Manley, I grew more and more impressed by what he contributed to St. Lawrence University. Each of us can take a lesson from this generous individual. Give back to that which has given to you. For me, giving to St. Lawrence is a commitment which affirms the benefits I have derived from my alma mater.

Professors were mentors I respected who became friends I cherished. Friends made here are still valued friends. The education I received has served me well and enriched my life. By maintaining our membership in the Manley Society, we help make it possible for future students to reap the benefits of a first-class education as we did.

In his memorial eulogy, it was suggested that G. Atwood Manley probably believed that when he died he’d go back to St. Lawrence University. Whatever support I can give to the University in time and money can hardly repay the many riches it has provided me and our family. Like you and G. Atwood Manley, I am proud to be a Laurentian for Life. Thank you.